We Gonna Bring Protoform to Switch

So CIRCLE Entertainment has announced that we gonna bring Protoform to Nintendo Switch in 2019 together. This puzzle solving and story-telling game made by several of our developers began in 2016, they dedicated all their passions. Protoform has been changed a lot comparing with what it looked like in the beginning, but the core doesn’t change a bit.

And we hope you will like it, sorry I can’t tell much about this story right now. Well…I can at least share one new screen capture 😛 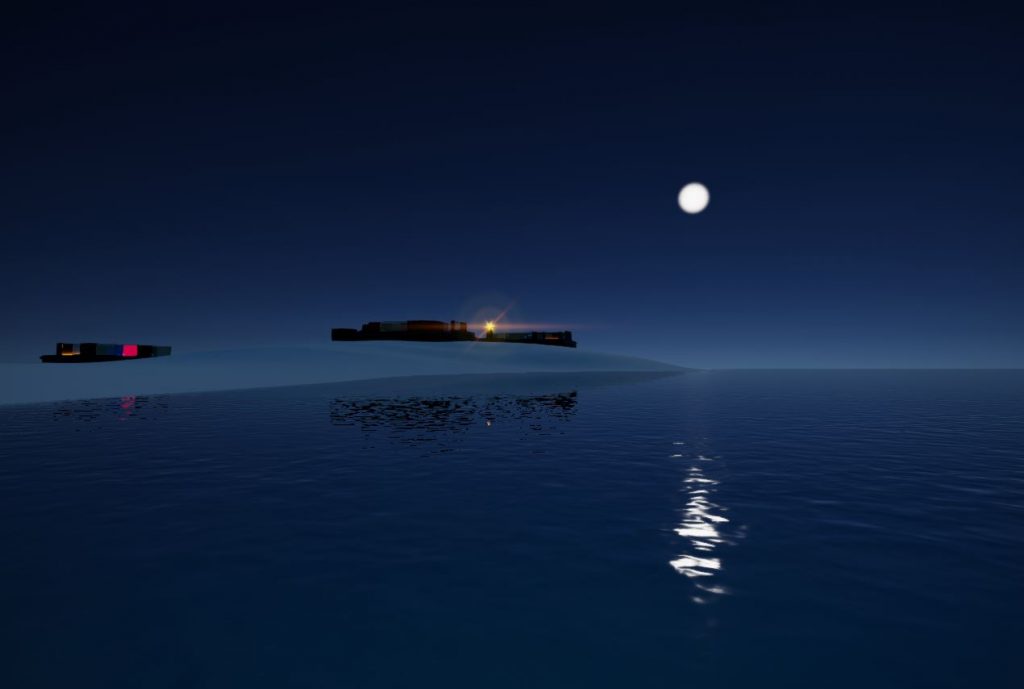 Similarities and differences between “Protoform” and ” Portal”

It’s been a month since we released the demo. We really appreciate that you tried the game and support us. Many players told us that the game looks like the “Portal”, as they both are puzzle games with clean and stylish visuals. Then we want to talk about the similarities and differences between them.

First of all, the way we see, there are two elements look similar in these two games.

The ultimate objective of each level in “Protoform” is succinct, just solve the puzzle and leave through the exit. In this case, the cube is a “key”. And the process of puzzle solving is, in other words, execution of various steps in order. Therefore the cube is made to construct these steps and form short-term objectives, then naturally guide players to proceed. For example, generally speaking, players need to find the cube, then pass through the sentries, and bring the cube to the exit. It’s the design method commonly used in puzzle games.

Open doors as a key

In the early phase of our project, we knew it’s a combination of puzzle and stealth games. In our designs, players need a tool to confront enemies. Just limited and strategic confrontation, not aggressive. Naturally, “Sound” came to our mind. Sentry’s hearing can be used to fight against itself. It’s common in stealth games too.

After all, we combined the functions of “Sound making” and “Key” into one object, the cube. It’s something similar to the “Ockham’s razor”, which is “Entities should not be multiplied unnecessarily.” The cube is an object that provides various functions. In contrast, the cube in “Portal” has fairly singular functions.

About the appearance of the cube, we’ve designed a lot of different shapes, and they transform according to the enabled function. But we think the appearance should be succinct and pure, since the functions are already so complicated. That’s why we chose the current shape.

In puzzle design, obstacles are also necessary. One of the most important part is the roadblock-like existence to block the forward path. And likewise, we think we could combine all sorts of “roadblock” into a robot sentry image. In “Portal”, sentry can be used by players against other sentries within the law of physics.

When the game was still in the phase of concept development, we designed certain existences with multiple functions and roles, such as the cube and sentry. They are how they look right now because of countless consideration and discussion. We didn’t take inspirations from “Portal”, the only explanation is that similar designs leads to similar results.

Apart from these two similar elements that are different in fact, the puzzle designs are not the same as well.

However, the puzzles in “Protoform” is more combined with stealth element. Players need to observe the sentries, and seize the opportunity in terms of vision, hearing, speed, and time. In the game, sentries’ vision and hearing is not only a threat, but also the key of puzzle solving for players.

To some extent, there are similarities between these two games’ puzzle design. In the later stage of “Portal”, players can make use of the disadvantages instead to pass levels.

April 1, 2017 / admin / Comments Off on Positive feedback for Protoform’s demo!

3DM, an influential Chinese media has already published an review for Protoform’s demo, and gave it a higher score.（http://www.3dmgame.com/review/201703/3643886_4.html）

We’ll continue to improve the game according to feedbacks.

After months of hard work, we’ve reached a point where we want players to try out the game and give us some feedback. We’re at odds internally regarding how hard the puzzles are and how easy the controls are (and how much story to tie everything up). We want people to try out some of the levels and tell us what they think.

Please post feedback to http://board.pathea.net/index.php?board=12.0 or email us at protoform@pathea.net, we’d really appreciate it! It will help us make a better game.

A little update about what we’ve been doing lately

March 21, 2017 / admin / Comments Off on A little update about what we’ve been doing lately

Sorry everyone. It’s been long.

We’ve been working on a few things. The first one is about localization. Normally, games are published with complete localization, but it’s different this time. For the sake of the players, we want to support as many languages as possible. We developed a function that players can do the localization themselves, so not even one language will be missed.

Last week, we were programming sound effect for the game. For that, we got two extra team members working on it. And yes, we expanded our team a little bit. So far, it’s just some environmental sounds, and the next phase will be more specific. For example, the sound of operating sentry, cube, footsteps, explosion, and impact.

In addition to that, pause menu is also on our priority list. We were working on primary menu last week. And this week, we just finished secondary menus like loading and option menu.

There is a big change in game we plan to do this week. We want to replace global illumination with environmental light. Therefore we don’t need to bake scenes every time before wrapping up. And at the end of this week, we’ll pack another demo.

An improvement to the controlling

March 1, 2017 / admin / Comments Off on An improvement to the controlling

Few weeks ago, we held a testing for the first demo of Protoform internally. It turned out we heard people complaining the controlling was too difficult. Then we decided to improve it.

Originally, to reach a high platform with a cube, players needed to place the cube on the platform first, then climb up it, and pick up the cube in the end. After the testing, most people felt exhausted with it and its simplification seemed inevitable. Then we decided to combine the three-step action into one action.

Now the current version is complete and smooth. We are going to keep monitoring its performance. Further changes will be made to it if necessary, although it’s unlikely to happen.

A comparison between views from different angles

February 24, 2017 / admin / Comments Off on A comparison between views from different angles

Today I was watching our team members working on scenes, then I found an interesting comparison between views from different angles. 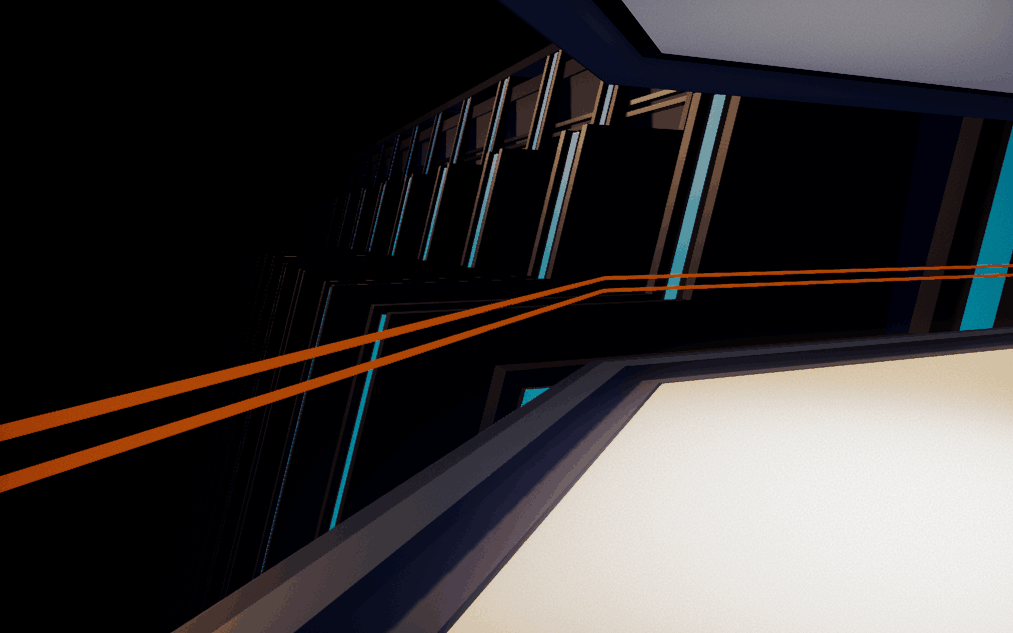 It’s a corridor that connects two certain levels. Through the glass, you can see other buildings in the scene. To give players the sense of endlessness, we made the other end of the building look darker.

Now let’s take a look from the outside. 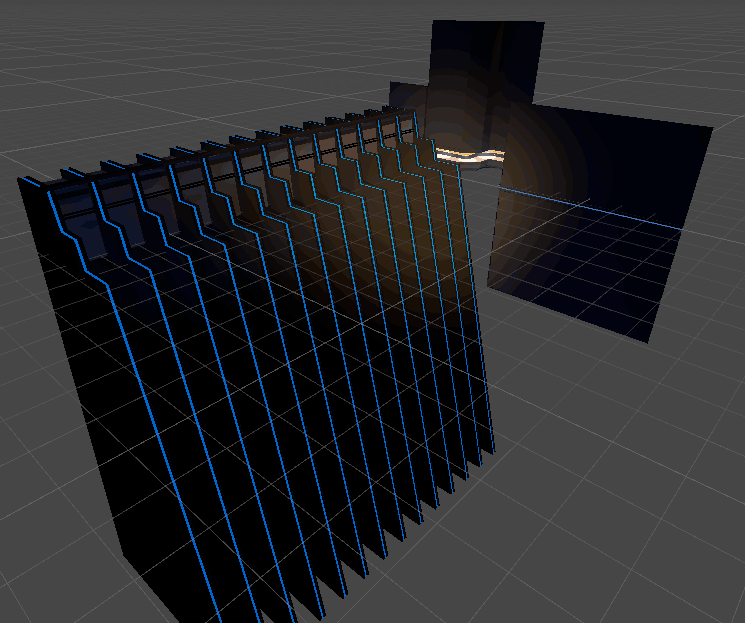 You can see we only finished a few necessary structures. Just want to show you how different the view is from outside.

A new feature we’ve been working on

Recently we’ve been working on a new feature, it’s something we never showed before.

Here is a gif that shows you how it looks when operating. We want it to be as stylish as other objectives and designs in game. we can’t share much information because it involves spoilers about gameplay.

You can take a wild guess what its function is. I can hint that it sometimes provide invulnerability to players.

Here’s the third devlog video showing how Pathea tested the first demo of Protoform as well as some reactions.

A close look at the fabrics in game

Happy Lunar New Year everyone! It’s the year of rooster and we wish you all the best.

We always wanted to have a free-flowing fabric for the female protagonist, we decided early on to use cloth for the clothing instead of just bones and animation. Initially, we wanted to implement the effect of flowing fabrics with a certain plug-in for Unity. But due to the instability, we turned to Unity’s build-in functions.

This is just a glance of how it looks in game, but nothing is permanent. We are still monitoring the performance of the fabric. So everything may change in time. We feel it’s pretty close to the desired effect.